David Asher has been busy in the UK, working on new DAB (David Asher Band) recordings, with the On.U Sound production team. A full length release is planned, stay tuned! 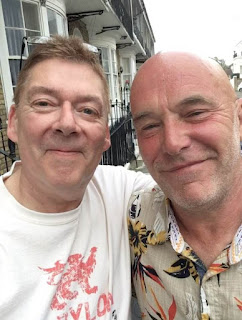 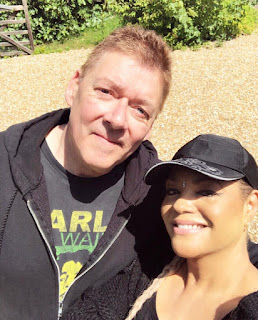 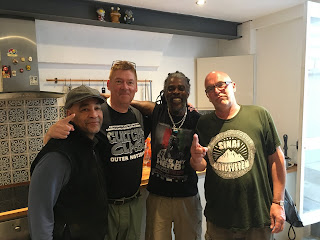 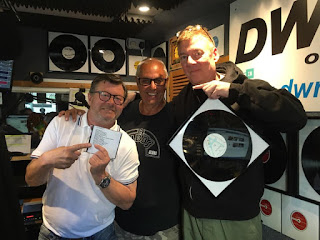 Posted by The Process at 7:35 AM No comments:

I-94 Bar, real rock action from Sidney Australia via the Bowrey and the Motor City. http://www.i94bar.com/ 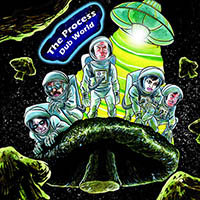 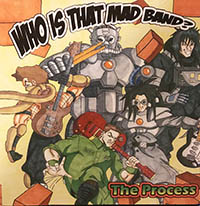 You’d be right if you said reggae doesn’t get much of a look-in at the I-94 Bar. It's not that anyone’s allergic to it, but rock and roll is the staple beer on tap.
You can argue that the Clash turned out their own kind of rock-reggae with mixed results, but the genre remains at the margins around much of the world - like its distant punk rock cousin.
Bob Marley introduced the wider world to reggae in the ‘70s but it had been entrenched in Jamaica for generations. A generation of immigrants had already spread rocksteady and ska to the UK.
The music that Marley brought to stadiums and concert halls was a few steps away from the sound that pervaded the alleys of Trenchtown. Major labels provided th bread, not Jah, and their producers rubbed the rough edges off Marley, Peter Tosh and Jimmy Cliff to make them acceptable to mass market ears.
To be brutally honest, that Rastafarian patois that runs through the authentic stuff is impenetrable unless you’re staring down the business end of a two-metre spliff that's so potent you've convinced yourself that you’re the reincarnation of a dead African ruler. The social commentary that runs through the kyrics drifts over our heads like sacramental smoke.
Michigan band The Process isn’t a typical reggae act in most (white) peoples’ perception. They’r probably not even a typical Michigan band, whatever that is - half the world thinks of the Stooges but most Detroiters think of techno - also the area has a substantial reggae scene. The Process straddles turf of their own cultivation, where dub, syncopated rhythms, toasting and big grooves all merge with rock.
So some context: The Process have won innumerable awards in their home-town and have released a string of albums over 20 years. My curiosity from half a world away was piqued by the presence of Michigan guitar legend, the late Dick Wagner, as a guest on their 2016 album, “Who Is This Mad Band?”
Wagner (with Steve Hunter) was half of the flashy and fearsome guitar combo that made Lou’s “Rock and Roll Animal” a tour de force. He worked with Reed on the razor-blade-to-the-wrist classic that was “Berlin” and before that he was in The Frost, a local band that were contemporaries of the Stooges and the MC5 that never broke nationally. Dick played uncredited guitar on the early and great Alice Cooper group albums and went on to co-write songs on the Coop’s break-out opus, “Welcome To My Nightmare”.
The Process is based around founders David Asher (vocals) and Garrick Owen (guitar), with Bill Heffelfinger (bassist and programmer) P-Funk All Star Gabe Gonzalez on drums. The Process has collaborated with t Gorge Clinton, Stones sideman Bernie Worrell and a pile of dub and reggae people - even HR from hardcore pathfinders Bad Brains. Their music is reggae without strict limitations. To these ears, it’s closer to the dancehall and rocksteady music that presaged Marley and Co’s commercial success. It's syncopation that “rocks” in its own way.
Producer Adrian Sherwood, who has worked with Nine Inch Nails, Skinny Puppy, Ministry and KMFDM, had a hand in the sound of both albums. 2016's “Who Is That Mad Band?” has huge production and flows from track-to-track like, er, the River of Babylon. There's no denying the hypnotic pull in reggae rhythms. The requisite deep bass lines are there but so are horns, programming, high-energy rock guitar and lush keys. Dick Wagner’s scorching guitar is all over “Dr Jekyl and Mr Hyde”, a skanking attack on big pharma and cops, but there's plenty more to intrigue as the music morphs its way through a Baker's dozen of tracks.
“Dub World” (2017) is a companion to "Who Is That Mad Band?" comprising remixes and assistance from Sherwood, Skip McDonald aka Little Axe, Ghetto Priest and Lee "Scratch" Perry. Its big dub sounds are littered with treated vocals that wrestle with gritty fuzz guitar. Sax and layered keyboards weave in and out.
Wagner guests again on one track (“Interstellar Medium”) and there’s a cast of dozens augmenting the core band with additional instrumentation.
It's closer to "Maggot Brain" than "Metallic KO" but don't let that stop you.
Written by The Barman on 09 June 2019.

Posted by The Process at 7:38 AM No comments:

On U Sound Sunday Roast in the Dub magazine

The On U Sound Sunday Roast program, hosted by David Asher was just featured in
The Dub Magazine 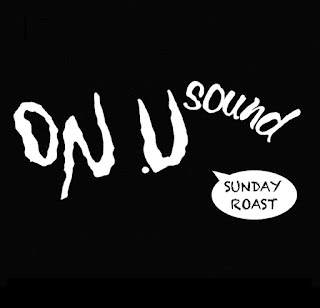 On-U Sunday Roast Show, hosted by David Asher of band The Process, comes out every month and is filled to the brim with new and unreleased material, rarities, deep cuts and more from Adrian Sherwood’s On-U Sound label.
The label has been on a resurgence in the last few years, with an extensive reissue programme courtesy of Warp Records and numerous new projects for old friends and collaborators of On-U, as well as some exciting new projects. Adrian Sherwood has been very busy at the On-U HQ in Ramsgate, recording new albums with Horace Andy, Lee Scratch Perry, Little Axe and many more along with the return of the classic On-U Sound compilation series, “Pay It All Back” (expect a review in the next issue).
All this music gets previewed on the On-U Sunday Roast Show. The show originally grew out of the ‘baked tape’ project which involved Adrian and Patrik Dokter. Patrik has been recovering lost outtakes and unreleased gems from master tapes that were rotting away in storage. This music has started appearing on albums by Dub Syndicate, African Head Charge and Mark Stewart, as well as compilations entitled “Sherwood At The Controls”, with more planned – another album of lost music by African Head Charge is due for release this year and work is underway on the next Dub Syndicate collection.
David Asher’s band The Process has recorded with Adrian Sherwood and Skip McDonald, involving several Detroit-Ramsgate visits, which led to David volunteering to make the show a regular, rather than occasional feature. I have to salute David for succeeding in reflecting the sheer diversity of music that has passed through Adrian’s mixing desk in the show, whether it is previews of forthcoming work by LSK, Denise Sherwood and Ital Horns (all of whom have ongoing album projects at On-U Sound) or digging deep for remixes or obscure tracks by Singers And Players or Little Annie Bandez. Stylistically, there is no fixed pattern, but the signature production is
apparent throughout each episode. The label has released absolutely stacks of high class reggae, but has also broken down barriers in funk, rock, industrial, experimental, blues and jazz music. As they say, if you don’t know, get to know. 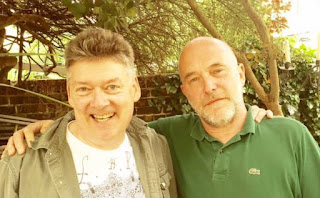 Posted by The Process at 7:10 PM No comments: 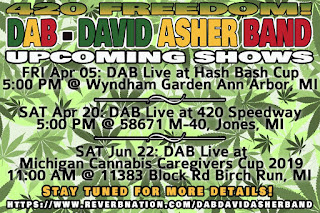 Posted by The Process at 5:25 AM No comments: 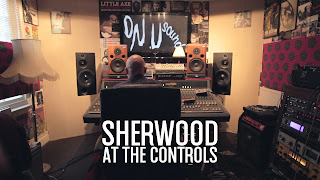 Posted by The Process at 2:00 PM No comments: