Whats in a name?

Hail up massive! I have a thought to post...Have you ever wondered, whats in a name?
Our band began calling itself THE PROCESS back in the 80's. Before we recorded, even before we wrote many songs. We Trademarked the name a few years back with the help of our attorneys Jacobson and Colfin P.C. http://www.thefirm.com/ (They just moved uptown to Madison Ave New York by the way). Over the last couple years it seems our name is the one every band from the far flung corners of the world want. The trouble is, IT'S OUR NAME!!
THE PROCESS is listed on every major internet music site and search engine and yet, because we are an indie band some people think that they can use the name if a major label isn't putting product on MTV (as if makes it right somehow). These groups by the way are mostly indie groups also, which makes me struggle to understand the ethics of these bands. We have learned to go to the servers of the bands web providers and have them pull the pages, rather than deal directly with the bands, as they have proven to be very unreasonable. Many of them seem to think there is a difference between PROCESS and THE PROCESS. The truth is PROCESS is a name established in England by a guy, Steve Barnes from Germany. He has several CDs and info on him is easy to spot on the internet. I think on the All Music Guide they have us both listed. It is fairly well known that THE PROCESS are reggae rockers from the USA and PROCESS is electronic music from Europe. So we have had to deal with the punk rockers from Cali and
the nut job from Kansas who wrote a creepy letter to us, the group on the Kill Rock Stars comp and about 10 or so others. I have to send out this legal brief via email and I'm getting good at it. Anyway I just wanted to vent my frustration at this taking up my time. We have tried for a long time to raise our profile and it certainly does no good to have other bands going around using our name. Any thoughts?
David
Posted by The Process at 8:16 PM No comments:

Blame goes all around for Katrina 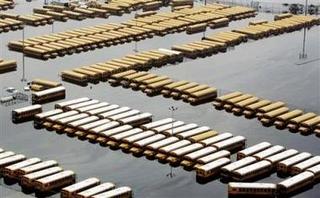 It seems theres plenty of Bi-partisan blame to go around with Katrina.
It the interest of "Fair and Balanced" news blogging....

From the right wing blog America Awakes Friday, September 02, 2005
"How come 3 days before the hurricane the mayor didnt Make evacuations Mandatory?
How come during the last 24 hours the mayor didnt use the school buses to evacutate the poor.
How come the democrats and the mayor didnt have the police out in full force?
How come martial law was not declared?
How come the mayor and city officials told everyone to go to the dome where there was NO security?
How come the mayor and city officials didnt ensure enough supplies?
Yet The left and the Black leadership (jesse jackson) and Al Sharp tongue are so busy blaming the president but not a WORD about the Obvious failures of the Mostly Democratic Leadership?
Seems florida which gets hit a lot more every year is a lot more prepared...
Also to move 40,000 troops from peace time missions to an emergency footing takes at least 24 hours and another 12 to get there and setup...
We help the people now (which i dont see too many black leaders opening up) their wallets...
Then we can set the record straight..
By the way not enough buses hmm mayor...
What are ALL THESE DOING in the
Parking LOT you IDIOT!!!"

I don't always agree with this fellow but he sometimes makes darn good arguments. (Then he blows it by tripping out and wants to shoot the Democrats for treason!) It seems the blame over the Katrina fiasco really is shared by both the Republicans, Democrats and many branches of goverment. It's the people who suffer while the blame game goes on.
Posted by The Process at 5:05 PM 1 comment:

"From early history to the present, we learn of men and women who have emerged from their environment and so far outdistanced their contemporaries in thought and action that in their day they were apt to be called 'mad, dangerous or fools'. Long after their death, when the truths were espoused or the experiments they conducted validated... then they who have been convinced by experience are prone to admit that the visionary was right and must have been inspired to be so persevering."
Amy Jacques Garvey
Posted by The Process at 5:44 AM No comments: 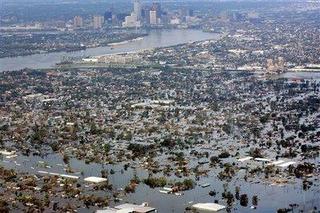 From AP Press
Updated: 9:25 p.m. ET Sept. 2, 2005
VIENNA, Austria - "As the enormity of Hurricane Katrina’s aftermath sinks in, Europeans have been moved to help in ways great and small: from an Austrian university proposing to take in 500 students from New Orleans, to nations agreeing to tap into strategic oil reserves.
Amid the compassion, there was also surprise that America was so vulnerable and unprepared, and dismay the Bush administration plays down the global warming threat that so many Europeans link to the force and frequency of such storms.
Across the continent, the media and governments focused on the tragedy, with newspapers running photos of victims wading chest-deep in water and television screens filled with fires. The French daily Liberation described the scenes of devastation as a cruel spectacle for President Bush, “the champion of security.” Criticizing the disorder in the evacuation of hospitals, the editorial called Hurricane Katrina a “natural disaster with political implications.” Terror mastermind Osama bin Laden “must be dying of laughter,” it said.
Astonishment at ‘anarchy and chaos’In Italy, several newspapers said mounting criticism of Bush’s handling of the relief effort was damaging his credibility. And Germany’s Die Tageszeitung said the world was “seeing scenes otherwise only known in African capitals. The forces of order are absent. Anarchy and chaos reign. Supermarkets are plundered, helicopters shot at.”
Some said perceived U.S. indifference to global warming was coming home to roost.
“What’s absent is a debate over the climate, over Kyoto, over the human-caused warming of the earth,” said an editorial in the Sueddeutsche Zeitung, a Munich-based daily. “But the oil shortage caused by the disaster will hurt Bush more than gaps in climate policy will.”
Concrete offers of help, though, were louder than the criticism. The governments of 26 countries agreed Friday to release the equivalent of 2 million barrels of oil per day from strategic fuel reserves to cope with the aftermath of Hurricane Katrina, the International Energy Agency said. 'No offer ... will be refused'With offers from the four corners of the globe pouring in, Secretary of State Condoleezza Rice has decided “no offer that can help alleviate the suffering of the people in the afflicted area will be refused,” State Department spokesman Sean McCormack said Thursday.
However, in Moscow, a Russian official said the U.S. Federal Emergency Management Agency had rejected a Russian offer to dispatch rescue teams and other aid.
Spurred by images of people huddled on curbs begging for clean water and chaotic rescue efforts from rooftops, Europe also offered brainpower — specialists in coordinating disaster relief, experts in rebuilding devastated communities and rescue workers familiar with risky maneuvers."
This about says it all. I don't think Bush could get elected dogcatcher at this point.
Posted by The Process at 5:05 AM No comments: