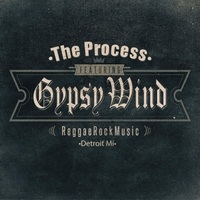 David Asher has done it again with his new single Gypsy Wind. Asher has a cranky genius that gives his best works an emotional coloration. He is a teacher and a linguist of the first order. He has a fear of putting out a short answer for it lacks depth and conviction. He has a mental compartment in which one thing is connected to everything else. He has a relationship with knowledge and he knows once he reveals it through his songs, it isn’t his anymore.

Because he breathes political fire with a strong dose of spiritual enlightenment, sometimes Asher is in a dark place. Yet it is soft and it comes together for him in a felt sense of what should be. He’s created a song that speaks of today instead of recycling stories of the past.
Gypsy Wind has all these elements working together in a quest for deep meaning and emotion, a quest for authenticity and the highs and lows of life in the roller coaster of time. In this moment Asher is truly alive. His artistic nature shines and his passion feeds his caring and desire to help the world as he discovers his true self. Listen to the music. The divine is calling
A gong signals a cascade of descending synth accents like a waterfall that refreshes and heals. The musical patterns established in the opening become reoccurring and dominate themes throughout the song. Asher’s composition contains several different musical and lyrical ideas that are similar in construction to an operatic movement.  As the synth fades the familiar reggae beat follows in that choppy and enduring rhythm.  Asher’s message is accessible yet profound. He seems to be singing about universal meanings when in fact he’s singing about his own life.
Star Crossed adventurer
When will you know
When will you know
That you are old

At the coda a soulful heavenly voice brings the song to a dramatic conclusion with an answer, the only answer it could be.

HOPE
Posted by The Process at 11:56 AM No comments: 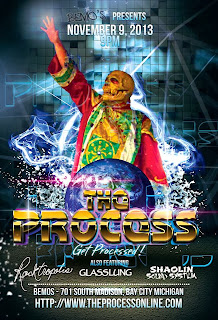 THE PROCESS CD SINGLE RELEASE PARTY!
SATURDAY NOVEMBER 9th
The Process Live In Concert
With Guests, Rocktropolis, Glasslung & Shaolin Sound System.
Doors open at 9:00 PM.
The Process performs at 10:30.
Bemo's 701 S Madison Ave,
Bay City, MI 48708
Phone:(989) 893-7071
Join The Process for this special event to celebrate
the release of "Gypsy Wind", from their forthcoming album
to be released in 2014.
Posted by The Process at 10:58 AM No comments: