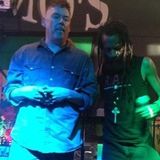 Two unreleased Dub mixes of "Psalm Of David" by THE PROCESS, done by the late great Tony Harrington aka "Doctah X". Released as a tribute to him, on his passing in December 2020. Available as a free download.

The Wirebender presents DAB OUR MUSIC OUR FOOD 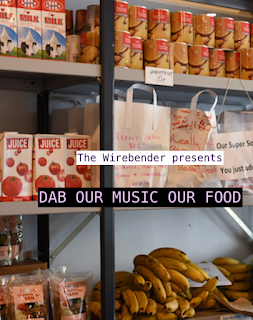 David Asher’s clocked up thirty years on the road as main-man for the American dub reggae /rock band the Process, he has also hosted an earlier show on radio in Berlin. For this edition “I was blessed to be in the on u sounds studios when they were remixed,”says the Wirebender.

David has worked with Adrian Sherwood, Little Axe, and Scientist among many others.

This is the long awaited interview with David who walks us through the band as a “Livication” to Seth Payton who passed away before the albums release.(Seth is featured on the track ‘Love ballad’ with Mikki Sound on vocals.)

“When you write something together it should mean something. Its. a great album I hope everyone gets to hear it”

OUR MUSIC OUR FOOD

-Food and music have always been close to me and Adrian Shephard in the early days of radio  when we fell on hard times and the mercy of the Local Salvation Army and later my work in a food co op as a trainee cook.

The second part of the show features a mix by D  j Smart Monkey as a showcase taster for the Compilation album “Our music’ Compiled for the Our Kitchen project whose practice is  to support children and families in Thanet England where its estimated up to a quarter of all families are unable to adequately feed themselves. Various  Artists  submitted tracks as a download album to highlight and support the project .

Ben Miller-‘ is interviewed on the show ;

“The Our Kitchen project has  been  going for about 4 years  with summer kitchens during  school summer holidays, volunteers taking over the  school kitchens. It sits alongside the 3 different shops which  sell food to people who are struggling through food poverty.

It’s good healthy food at about 40 percent of what it would cost at a supermarket. It started at the same time as the UK governments `Universal credit scheme’

Differing from food banks, as an analogy Ben says which are an “accident and emergency service” we are more like a Gp (doctor’s service ).

“I’m  not knocking food banks but they often contain stuff not necessary, like things you can put together to make a good meal ? We also provide good food recipe cards alongside meal kits, there’s the recipes we put out, such as our butter bean soup recipe which you can put together.

The Our music fundraiser  was one I wanted TO keep in line with Our kitchen in that it is ‘all inclusive”This is ours ‘.

When I started I was looking at different  opportunities to raise more funds and awareness. We live in a different time with digital downloads. I wouldn’t have been able to do this 10 years ago