Interview With THE PROCESS

Interview With THE PROCESS 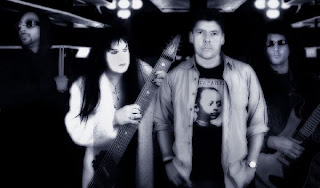 Bill Petzold of the Vassar Times recently ran 20 questions by THE PROCESS
Check out Bill's interesting unedited interview in full below:

FOR DAVID:
You always advertise your band as "Detroit's Motor City Madmen of Reggae". Being a native Vassarite, are you ashamed of Vassar (wink wink) or do you just get sick of explaining where the hell Vassar is to people?

Well Bill its actually "Detroit's Rock Reggae Madmen"!
It is true that many people have no idea where Vassar is, even people here in Michigan. When you explain to someone from somewhere else that the band is from Michigan, they automatically say: "OH DETROIT", so it is just easier in terms of imprinting our identity to the world. Plus we have deep Detroit roots. Our drummer Gabe Gonzalez (of George Clinton's P-Funk All Star fame) is from Detroit. We have performed in Detroit hundreds of times and have had dozens of nominations over the last few years in the Detroit Music Awards. We have been featured on two CD compilations of Detroit Music and been members of the Detroit Musicians Alliance. THE PROCESS is also one of the very few bands from outside Detroit to actually win a Detroit Music Award.
(THE PROCESS was voted "Outstanding Reggae/Ska Group" in 2007 and Asher was voted "Outstanding World Songwriter" in 2005).


How many Process members are from Vassar? (You, Bill and Garrick, correct?)

Did you start out playing Vassar shows quite a bit? Please give me a little background about your "salad days" in the late 80's in Vassar. If you have any good anecdotes about a good (or bad) show that occured in Vassar. Something funny that happened? PG Please!

One story I can recall is when the band played at the Vassar Theater in 1991, one of our very first shows. Tim O'Brien (the current owner), had (against his better judgment) booked THE PROCESSS and another band. To be fair to Tim, he has always been a big supporter. However, the other band he hated! I'll never forget him poised like a Mantis, standing over the power cables, ready to throw the switch and cut the power! It was a dramatic moment. He was taking care of Business, even back then. I have a lot of respect for Tim and what he has accomplished with the Theater, he has alot of discipline.

FOR GARRICK:
When were you featured in the guitar magazines? Dates please.

I was featured in the international music trades, Guitar World (May 2004) and Guitar Player (Oct 95).
(Owen has also been featured on the www.truefire.com website. The site includes Owen's lesson and others from GUITAR PLAYER MAGAZINE and is also available on a CD entitled "365 Daily Doses Of Nutrition", with lessons written by B.B. King, Metallica, Jimi Hendrix, Eric Johnson, David Torn, Pat Martino, Jeff Beck, Django Reinhardt, Ry Cooder, Duane Allman, Danny Gatton to name a few of the artists featured).

Please tell a little about the Origin of Pigman?
Lots of people have asked me over time, "Whats the deal with Pigman"? "Pigman" was an old pig farmer that lived on a desolate stretch of local back road near our hometown. He was always surrounded by a pack of barking dogs, everywhere he went, which was only up and down the road. Pigman lived without electricity or running water, in an old trailer in front of his pigpens. Local rednecks from the town tormented Pigman by shooting his pigs from across the river with bows and arrows, driving by his house at all hours honking their horns and by stealing his pigs to roast. He actually was a General Motors Executive who walked away from it all, few people knew that about him."Pigman" eventually died...he was found dead in his trailer by a neighbor. When they did the autopsy, they had to actually cut the socks off of his feet...Despite this, we're sure there was still a spot for him in "Pigman Heaven".
How did the GHS sponsorship come about?

David approached GHS's Chris Walters with our current press kit. Chris took him on a tour of the facility in Battle Creek where the strings are made. The endorsement came shortly after that. GHS is our 4th corporate sponsorship. THE PROCESS is also endorsed by AXIS, PINTECH and SILVERFOX PERCUSSION. GHS/ROCKTRON is a great company to work with and we are excited about the opportunity.

FOR BILL:
How long have you been a band director?

Twelve years. Three in Davison and nine in Bad Axe.

Please tell about the awards the Bad Axe band has won under your leadership:

We have qualified for MCBA STATE MARCHING BAND FINALS for seven years in a row and finished 4th place in the state in 2004.
The Junior High and High School Concert Band have received first division honors at MSBOA District band festival for the past eight years.
The High School Wind Synphony has received superior ratings at Ovation Music Festivals in New York City, Orlando and Chicago.
Also the Marching Band was featured on WNEM TV 5 in 2004.

Magazines the band appeared in?

I, myself was selected the Michigan representative for School Band and Orchestra Magazine's "50 Directors who make a difference".
The Bad Axe Hatchet Vanguard Marching Band was featured the international magazine "Gothic Beauty" in 2005.

How does directing a HS band compare with performing/writing/programming for the Process?

I remember something about you working on a symphony, how did that turn out?

The symphony turned into a single symphonic suite and was performed by the Davidson High School Orchestra in 1998. The actual symphony is not yet completed but I hope to finish it in the future.


How much influence did your dad have as a Vassar band teacher on you becoming a band director?

My Father and Mother were great influences on me as a child. I remember going to many football games and band concerts at Flint Hamady High School when I was young. I got to meet a lot of his students and seeing his marching bands, with the motorcycle through the fiery hoops and the majorettes with the flaming batons! This all inspired me to explore my own creativity at an early age.


What were the dates of Mr. Heffelfinger's tenure at VHS?

I've been told it is Ethiopian Coptic Priest robe. I found it at a shop called Akebulan on Greenfield Rd. and Seven Mile in Detroit many years ago.

What is the significance of the "military-style" outfits you've worn in the past?

Army clothing is comfortable and utilitarian. I respect the soldier so I wear his clothes.

What kind of charity work has the band done?

Not as much as you might think. We have done Relay For Life Cancer Benefits and we did a benefit for the Red Cross after September 11th 2001. We have also done events against Civil Forfeiture. However, we are open to ideas, so let us know what you have in mind.

Your lyrics are rife with socio/political themes, how has 9/11 and the War on Terror affected what you do?

Well, to be frank, "Weapons Of Mass Percussion" would never had turned out the way it did had 9/11 not happened. I found that I really did not have to comment too much myself. I just let the ghostly voices from the radio and television tell the story of what is happening all around us.

How important is it to be involved politically in trying to affect positive change in the world around you?

Well I would say you do have to be involved in the world around you and work for positive change. I'm a bit fed up with politics at the moment. It seems to me the two parties are like Pepsi and Coke. One is a little sweeter and one has a little more bite but they are essentially the same.


If possible, please compare/contrast Beggar (the song about AIDS) with what you guys did with Weapons of Mass Percussion.

Beggar from 1996's Craven Dog, was (like alot of our stuff), lifted from the headlines. The person in Beggar is based on a story I read in Time Magazine. He was a street person begging for money claiming he was sick. However, he really wasn't sick, just greedy. Then he gets mad when confronted with the truth of his scam..
"Weapons Of Mass Percussion" is literally ripped from the headlines as we used recorded current events to tell the story of the album.

And finally, a softball: what is it like to be a kid from Vassar and play shows in Hollywood and New York?

Really, New York and LA are just like any other towns. New York audiences are a little more freaked out by a band from Detroit. Los Angeles audiences love it more then most. I myself am going to London this fall to meet up with some amazing producers and artists to plan for our new CD. It is our 9th self produced CD and our 1st produced in our own studio. Most of of it will be recorded here and some in London.

Why do you think a group from a small town was been so creative and prolific?

I think people in the Mid-West are so creative because they HAVE to be. I mean you have to find something to do! Ha Ha!
Posted by The Process at 6:59 AM No comments:

Last Saturday THE PROCESS performed a rare hometown show at the small, legendary local venue Whites Bar. There was much love felt from our friends and fans in the house! Thanks to Bo White and Tim Avram at Whites and our good friends in Stamp'D for sharing the bill with us.

Posted by The Process at 9:07 PM No comments: