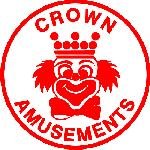 THE LAST DAY CROWN AMUSEMENTS CAME TO VASSAR (As told to David Asher by Art Howse.
Danny Clark of Vassar was hanging around on Friday before the last day the Crown Amusement Carnival came to Vassar. The carnival was closed, all the rides were shut down and the kiddies home in bed. The "carneys" were partying at the Vassar Fairgrounds, drinking on a keg of beer and socializing with a few locals in the special way that carnival workers do. There was a carnival girl there that Danny Clark fancied and she fancied him as well. The only problem was that her boyfriend (who worked for the carnival) was not happy with this AT ALL. He snuck up behind Danny and broke a bottle over his head. This caused a severe eye injury that looked really bad but Danny managed to crawl into the bushes and get away. When he had composed himself, he started rounding up his friends to put a revenge party together. Danny put together the most roughneck, ruthless posse of local boys he could find. He went to Art House, a construction worker from Millington, a fearless big boy. He next woke up Gerry Petkoff another real big Millington boy. "Look what those motherfuckers did to me!" He wailed, "We gotta get em!" Others in the posse included fearless smalltime career criminal and outdoor adventurer (poacher) Tommy Fuller and another of their grizzled partners Roy Klein. They armed themselves with all manner of crude bludgeons they could find. Rolling pins, baseball bats and what ever else was around. At high noon on Saturday they walked down the carnival fairway, armed to the teeth and hell-bent on extracting revenge. Mothers saw them walking with a determined swagger and grabbed their children off the rides, fleeing from the scene about to unfold. Then a giant Carnie, a mountain of a man, stepped in front of them and looked at Danny Clark with his crude club in his hand. He bellowed in a rage, "What are you gonna do with that stick boy?!" Danny, not skipping a beat, pointed to his assailant from the previous night (who had also stepped out into daylight) and said, "I'm gonna hit that motherfucker right there with it!" The giant roared back, "I'm gonna take that stick and shove it up your ass boy!!!" At that moment Danny ran forward and with a sideways lunge, cracked the Giant mans kneecap with his club, hard. The Giant cried out in pain and fell to one knee. Then Danny swung the club over and smashed it over the big mans head with a crack! The Giant fell face first into the dirt, knocked out cold. A second later, a loud bullhorn blasted from atop a telephone pole and carneys came running (armed with whatever they could find on such short notice), from all directions, toward Danny and his friends. Now the boys were in the fight of their lives. A 300 pound women swung at Art House, missing him. Art slugged her hard in the face, dropping her to the ground. Knives were drawn and Danny and the boys scrapped hard for their lives. Men, women and children from the carnival joined the fray until police sirens were heard, approaching. Then the boys ran like hell and escaped to the railroad bridge nearby and split up. They were cut, scratched and bruised, but not too badly. On the other hand, three ambulances left loaded with carnival workers for Saginaw General Hospital. The next day, the Vassar city fathers met and decreed an ordinance that Crown amusements would never be allowed into Vassar again. The boys were never caught (no one from the carnival knew who they were). On Sunday, after the tents had been struck and the battered and injured carneys loaded into trucks to head for the next destination, the boys were ready for the final revenge. As the carnie caravan rounded the bend by the river leaving town, Danny, Fuller, Roy and the others hid in trees with sling shots. As the carneys passed, they let the pellets fly, crashing out the windows of the Crown amusements buses, the last revenge of Danny Clark. Crown amusements has never returned to Vassar to this day.
Posted by The Process at 6:15 PM 3 comments:

Video clip from The River Rock

Click here to watch the video!
Posted by The Process at 1:30 PM No comments:

Fan pics from the River Rock

Here are some pics taken by fans and friends of THE PROCESS at last Saturday's show at The River Rock in Bay City. Its fun sometimes to play smaller clubs and this show was a blast! 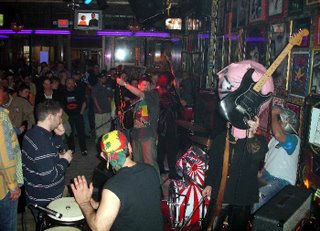 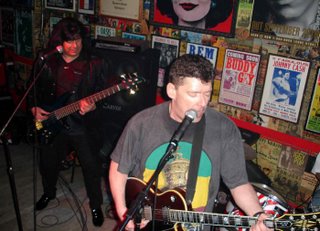 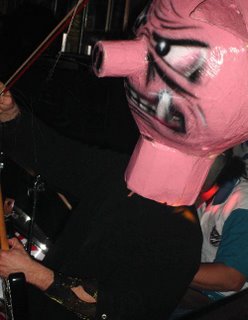 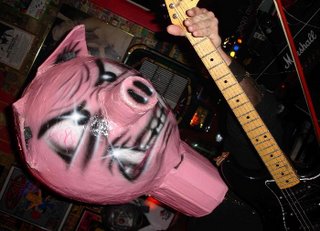 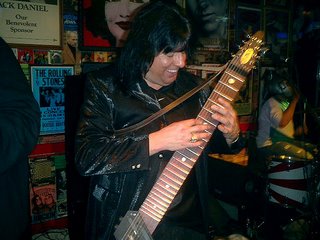 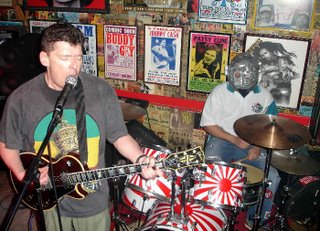 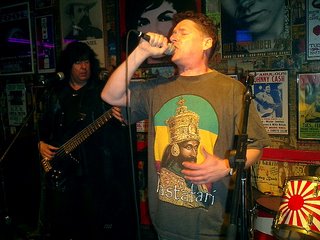 Voting ends at Midnight on May 1st.
This year's award show will be held on May 18th at the State Theater in Detroit.
www.detroitmusicawards.com

Thank you all for your love and support of THE PROCESS
Posted by The Process at 6:09 PM No comments: