The new album from THE PROCESS "DUB WORLD" was just reviewed in the Online UK zine "THE DUB". Check it out!
Recommended: THE PROCESS: DUB WORLD 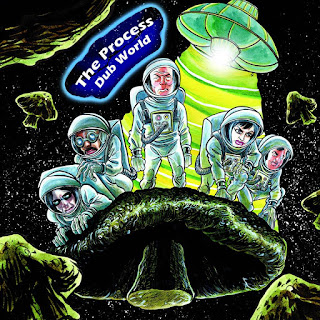 The Process are a rock band from Detroit, Michigan, a city with a long and outstanding part in the history of music – one of the homes of the Blues in the great American migrations of the 1920s, the city that gave the world Motown, the Stooges and MC5, adopted home of Funkadelic in the 1960s and 70s as well as the home of techno just to name a few. But The Process are no ordinary rock band. They take all of the influences of their city’s music history and fuse it with a deep and abiding love of reggae. Band leader David Asher also runs a reggae sound system called Shaolin and hosts the monthly online On-U Sound radio show.
My personal highlight on this album is ‘Return The Treasures’, a song that features singer Ghetto Priest and Lee ‘Scratch’ Perry with a top class sweet reggae mix from Adrian Sherwood. The song addresses the treasures of Ethiopia held in Britain since their time in North East Africa in the nineteenth century, an issue raised regularly by Ras Seymour McLean (see feature in next month’s issue) as well as by the Ethiopian government. The so-called treasures of Magdala were taken from Ethiopia by British troops following a battle in 1868 and include an 18 carat gold crown and many religiously significant ancient manuscripts as well as nine tabots (wooden altar slabs) which are deemed so holy that the British Museum has promised to never display them, although there was an exhibition of many of the other items at the British Museum just under 10 years ago.
The album “Dub World” is an extensive dub reworking of their album ‘Who Is This Mad Band?’ There are songs on the ‘Dub World’ album that mark The Process out as a strong and powerful voice, one that takes in phuture dub, atmospheric electronica, funk and rock as well as more reggae. A favourite of mine is ‘Magnetosphere’ which sounds like Style Scott’s Roots Radics stateside at RAS Records or an old production of Adrian Sherwood with its synth washes and cut up samples of cult writer William Burroughs. The whole album features song titles that could be straight out of a classic Scientist album - ‘Molecular Cloud’ which features a nyahbinghi heartbeat at its core and the echotastic dubbed out ‘Dark Matter Shift’ being particular favourites. Interestingly, The Process have had Scientist produce the ‘Fire Is Burning’ EP for them. Another standout track is ‘Dear Mr Fantasy’, which is remixed by Oicho (an electronic dub nom de plume for David Harrow, who, in addition to his own varied career, played keyboards for Dub Syndicate and On-U Sound System), which has a great dubby bounce. 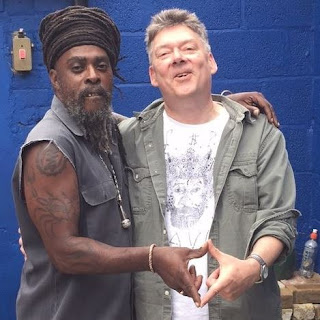 Ghetto Priest and David Asher (The Process)
Review by Dani Cameron
Posted by The Process at 10:14 AM No comments: