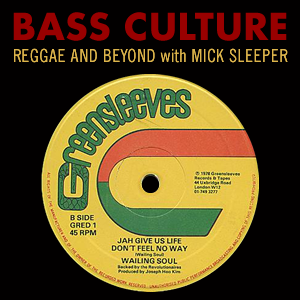 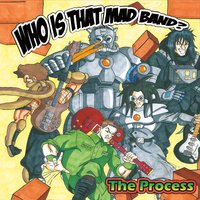 It is a remarkable feat in itself that the visionary regional band known as The Process has lasted for 25-years with its essential line-up intact; but with their newest release that is now available on both CD and download, the group has achieved a miraculous career pinnacle and managed to create a musical masterpiece that if there is any justice in this world, should easily catapult them into the Major League.

Entitled Who Is That Mad Band?  this amazing tapestry of 13-tracks should be a MUST HAVE for anybody serious about modern music and is easily one of the most innovative and accessible recordings I have heard released all year. Seven years in the making and spanning six studios worldwide, each of the tracks shimmers with strong melodic musical hooks and shines with impeccable production values that propel the tightly constructed musical performances into stellar levels of perfection.

With all songs written by David Asher & Garrick Owen, the various tracks were recorded in Saginaw at Fire Hyena Studios and engineered by Chris Lewis, as well as U Be U Studios with Gee Pierce, Area 51 Studios in Flint with engineer Bernard Terry, and On U Sound Studios in London with engineer Matt Smyth and Brandon Harding, along with Soundhouse Studios in Ramsgate, UK with legendary engineer Skip McDonald, in addition to Workhouse Studios in Los Angeles with engineer David Harrow.

But the exceptionally gratifying surprise on this release is with the guest appearance of legendary guitarist Dick Wagner, who turns in one of his final performances before his untimely passing on the remarkable track, Dr Jekyll & Mr. Hyde.  To hear Wagner’s guitar soar above the hypnotically entrancing hook-lines into the stratosphere with his signature inventiveness is worth the price of admission alone.

Further currency is added by the appearance of Ghetto Priest on the track The Lion of Judah Hath Prevailed and also with the help of legendary reggae icon Lee ‘Scratch’ Perry’ on the haunting track, Return the Treasures.

With some of the strongest melodic lines they have created to date, bathed and propelled by intricately constructed rhythms, each track builds upon the next into a breathtaking crescendo that is – hands down – some of the best new work you are likely to experience.

Another particular stand-out is The Process reading of the classic Traffic number, Dear Mr. Fantasy, with an arrangement by Heffelfinger and vocals by Asher that are precise, carefully enunciated, and completely compelling – easily one of the best versions of the song that I’ve ever heard.

Equally compelling is the mesmerizing cadence of Return the Treasures, which is infused with Perry’s mystical aura and is based upon the true story of Seymour McClain, who had a mission to repatriate the crown jewels sitting in the British Museum that the British stole from Ethiopia after their invasion in the 1880s.

According to Asher, “The Emperor of Ethiopia kidnapped some envoys of Queen Victoria, so the British sent an envoy into Ethiopia and killed the Emperor and stole the jewels. The British even nailed his scalp to the doorway, so it was pretty barbarous. Seymour asked me to write a song about it, but he passed away, so I decided to write Return the Treasures as a tribute to Seymour. We finished it in one day and then Skip started adding midi stuff and guitar parts, the second day we slogged through more keyboards and midi in a 12-hour day, which again was very taxing. I’m used to spending five hours in a studio and even then I can get a bit fried. But during the mixing, we were able to get Lee Perry onto the track, so it was all an incredibly worthwhile experience.”

Who Is That Mad Band? can be purchased at Records & Tape Galore in Saginaw and online by visiting I-Tunes, CD Baby and Amazon.com.
Posted by The Process at 6:06 AM No comments: