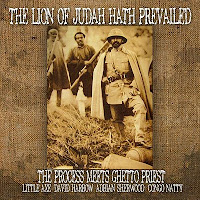 Featuring: LITTLE AXE, ADRIAN SHERWOOD, DAVID HARROW and CONGO NATTY AKA REBEL MC.
Over three years in the making, recorded in LONDON, LOS ANGELES and MICHIGAN.
The new 7 track EP is finally unleashed on the world!
Click this link to BUY THE CD and hear sound samples.
Go here to BUY DIGITAL DOWNLOADS and hear sound samples.
To buy the release on i-Tunes GO HERE.
Go here to read ABOUT THE ARTISTS involved in the release.
Visit this link to read the AMAZING STORY of the making of
"THE LION OF JUDAH HATH PREVAILED!"
Don't let this extraordinary and unique recording fall off your radar!
Check out THE PROCESS MEETS GHETTO PRIEST:
THE LION OF JUDAH HATH PREVAILED!
On TEMPLE GONG RECORDINGS™.
Posted by The Process at 4:19 PM No comments:

THE PROCESS has received Four Nominations in the 2011 DETROIT MUSIC AWARDS!

THE PROCESS has received Four Nominations in the 2011 DETROIT MUSIC AWARDS!
Outstanding Reggae/Ska Artist/Group:The Process
Outstanding World/Reggae/Ska Vocalist: David Asher
Outstanding World/Reggae/Ska Songwriter:David Asher
Outstanding Urban/Funk Musician:Gabe Gonzalez – ( drums )
Friday, April 15th, 2011 will mark the 20th Anniversary of the Detroit Music Awards.
The Awards are Held at the Fillmore in Detroit.
2115 Woodward Avenue Detroit, MI 48201-3469
Voting members may cast their votes at www.detroitmusicawards.com
Thank you all for your support!
Posted by The Process at 3:28 PM No comments:

ABOUT THE ARTISTS Involved in "THE LION OF JUDAH HATH PREVAILED". 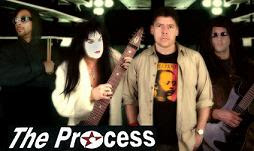 The infectious grooving sounds of Detroit's legendary rock reggae sensations THE PROCESS are making believers of the masses with their blend of high energy rock and the grooving warmth and passion of reggae. On a mission to fight ignorance, apathy and social retardation, THE PROCESS has been at the center of attention and controversy , while breaking new ground with their uncompromising attitude and performances. THE PROCESS catalog of recordings crosses barriers and breaks down stereotypes that will keep even the most discriminating listener interested.
--------------------------------
GHETTO PRIEST: 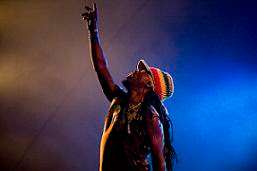 Ghetto Priest aka Squidz is one of the most flamboyant, creative performers to have emerged from the London music scene in the past few years. Like the community from which he hails, Ghetto Priest is a man at ease with multiple musical visions. Walk through the streets of London and you begin to grasp the flow and the rhythm that has produced his unique sound. It’s a community of exchange; African/Caribbean and Irish, Asian and English, each mixing and informing the other, lending beats and grooves, keeping things fresh and new.
--------------------------------
SKIP "LITTLE AXE" MCDONALD: 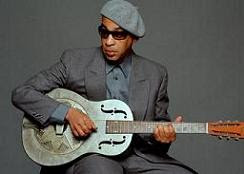 Little Axe is the alias of Skip McDonald, a blues performer whose list of credits also included work on some of rap music's most influential records. As a member of the Sugarhill Records house band, Skip, along with Doug Wimbish and Keith LeBlanc played on a number of the most seminal records of the era, including the Grandmaster Flash classics "The Message" and "White Lines." After exiting Sugarhill's ranks, the group worked at Tommy Boy Records, where they teamed with producer Adrian Sherwood to develop his famed On-U Sound. Sherwood subsequently convinced the trio to relocate to London, where they were rechristened Tackhead and fronted by vocalist Gary Clail. By 1992, McDonald adopted the name Little Axe and returned to the blues of his youth, albeit a brand of blues informed by his latter-day musical experiences.
--------------------------------
DAVID HARROW:

Producer and programmer David Harrow is one of the busier and more elusive figures in techno, often shrouding his assorted activies under a variety of aliases. Among Harrow's earliest projects was a remix of the 1990 Depeche Mode hit "Enjoy the Silence". He later collaborated with artists ranging from African Head Charge to Psychic TV to Gary Clail, and also worked with the On-U Sound System and Andrew Weatherall. He also recorded under the guises Technova and James Hardway.
--------------------------------
ADRIAN SHERWOOD:

Long one of the most influential and innovative figures on the U.K. reggae scene, producer Adrian Sherwood and his famed On-U Sound label pioneered a distinctive fusion of dub, rock, and dance that made waves not only in roots circles but also in the pop mainstream. Since the mid-'80s, Sherwood is among the most visible producers and remixers in all of contemporary music, working on tracks for artists as varied as Depeche Mode, The Cure, Simply Red, Sinead O'Connor, and Ministry. He became involved in industrial music, producing tracks for Cabaret Voltaire, Skinny Puppy, KMFDM, and Nine Inch Nails, and although On-U Sound continued to reflect its leader's eclectic tastes, the label has remained a top reggae outlet. Sherwood has recently released two solo albums on Peter Gabriel's Real World imprint.
--------------------------------
CONGO NATTY A.K.A. REBEL MC:

Congo Natty A.K.A. Rebel MC is an English jungle producer and toaster.
The '80s popster turned proto-jungle revolutionary was born Michael West in 1965 in London. He formed "Double Trouble" in the early '80s with Michael Menson and Leigh Guest, releasing the ska-pop hit "Street Tuff." Rebel MC later gained fame in England as a pop/rapper, but by 1991 he had released "Black Meaning Good", an album that presented jungle with hardcore techno married to dub basslines and ragga toasters such as Barrington Levy and P.P. Arnold. His 1992 singles "Rich Ah Getting Richer" and "Humanity" also showed the new direction. "Code Red" -- released as Conquering Lion -- became an outright jungle smash in 1994, bringing the jungle movement to the British masses.
Posted by The Process at 7:54 AM No comments: 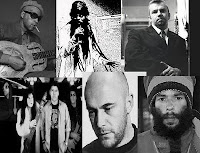 It was three years ago, on a January morning, when the seeds of “The Lion of Judah Hath Prevailed” were sown.
In London, Ghetto Priest, always one to embrace and explore new collaborative possibilities, approached THE PROCESS vocalist and writer David Asher, with an idea to work together.
Considering the exciting proposition, Asher sent Ghetto Priest a video link to "The Footsteps of The Emperor,” a British film about Ethiopian Emperor Haile Selassie, “The Lion of Judah,” who, in the 1930s, was exiled to England, where he escaped the forces of fascist Italy who had occupied his country.
Inspired by Selassie’s story, Ghetto Priest emailed his “Lion of Judah” vision to Asher. Ghetto Priest saw "The Lion of Judah Hath Prevailed" as a musical tribute to The Ethiopian Emperor’s courage and unwavering faith that God’s spirit would always prevail over the forces of evil.
Less than two weeks later, Asher received a first “THE LION OF JUDAH” mix from Ghetto Priest, who was inviting Asher to add his own verses to the composition.
With the help of PROCESS bandmates, Garrick Owen, Bill Hefflefinger, Gabe Gonzalez and Seth Payton, Asher and the band made a series of demo tracks with Asher singing all the vocal parts.
Now, with a number of assembled tracks in hand, the group recruited Billboard Charting Producer Gee Pierce to cut a first full version of “THE LION OF JUDAH,” which was immediately sent back to London for Ghetto Priest’s review.
Joining Ghetto Priest in the ON-U SOUND studio, were guitarist/vocalist SKIP "LITTLE AXE" MCDONALD (formerly of the Original Sugar Hill Records house band) and MIKKI SOUND, who arranged and sang backing vocals.
Pleased with the song’s continued evolution, McDonald asked to do the next re-mix himself, re-cutting all the instruments, and adding his inventive interpretation to the song.
Reconvening in Flint Michigan, with Platinum Producer Bernard Terry, and the London sessions vocals, THE PROCESS then mixed it's version of the track.
At the same time celebrated British electronic music producer DAVID HARROW, now based in Los Angeles, remixed a wicked “Dub-step” version of “Lion” for inclusion on the release.
The final pieces of “THE LION OF JUDAH” puzzle came together when Dub producer ADRIAN SHERWOOD brought in bassist GEORGE OBAN, and Junglest CONGO NATTY (A.K.A. REBEL MC) and mixed three alternative “THE LION OF JUDAH” tracks.
Using elements of both THE PROCESS, LITTLE AXE, and CONGO NATTY, SHERWOOD brought another creative perspective to “THE LION OF JUDAH” party, resulting in a Vocal Mix, a Congo Natty “Toast,” and a Trippy-Dub version of the tune.
The EP (extended play) also contains a bonus track, "Ghetto Life" from Ghetto Priest's forthcoming "Sacred Ground", his full-length album produced by Adrian Sherwood for On-U SOUND.
So now, let us present: The Process meets Ghetto Priest, Featuring Skip “Little Axe” McDonald, Adrian Sherwood, David Harrow, and Congo Natty ... A statement to all who hear, friend or foe, that Emperor Haile Selassie I Hath Prevailed.
-Dave Hogarty
Posted by The Process at 7:51 AM No comments: