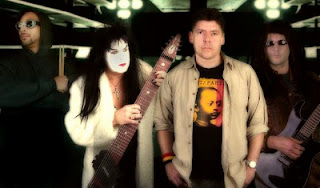 Join members of the reggae-infused rock band The Process as they help put on a Help for Haiti Benefit Concert on Feb. 21 at Pit and Balcony Community Theatre, 805 N. Hamilton in Saginaw.David Asher felt helpless, “just in despair,” he said, as he watched the tragedy of Haiti’s earthquake unfold on television and the Internet.

“The poor children, the looks on their faces,” said the lead singer of The Process. “It was so crushing to see.”

Never mind that the reggae-infused rock band that started its musical journey in Vassar is firmly rooted in the music of the Caribbean. Asher said he needed to do something on a personal level to empower himself and chase that feeling away.

Working with Chris Palmer of Taken Under Productions, he came up with Help for Haiti, an all-ages benefit concert, to be held Feb. 21, at Saginaw’s Pit and Balcony Community Theatre. Joining The Process are John Vasquez and the Bearinger Boys, MacArthur, Cornpone and The Banana Convention. Asher said a few others are trying to fit an appearance into their schedules.

And it’s not the only such event in the works. From 10 a.m. Saturday, March 20 to 1 a.m. Sunday, March 21, White’s Bar at 2609 State in Saginaw will host Give Love: A Haitian Earthquake Relief Benefit Concert.

Keef Courage and Temporary Limbs are among the performers raising funds for World Vision and Three Angels Children’s Relief.

Rebuilding Haiti will take time, but Asher said he wanted to get something together soon and help meet some of the devestated country’s immediate needs through the American Red Cross. Along with the $10 admission, a portion of CD and merchandise sales from Help for Haiti will go to the cause.

The bands have donated their talents, and Pit and Balcony and HyperMan Productions have reduced their typical fees for the event.

“Haiti’s music is quite different from what we play — it’s very polyrhythmic — but all kinds of Caribbean music and culture have held a fascination for me,” Asher said. “You’re going to hear a variety of music at the benefit, too. The Bearinger Boys and Cornpone are great bands; I can’t wait to hear them myself.

“I’ve never done a show with The Banana Convention, but I’m a big fan of Shar Molina, so I’m excited to have them aboard. She’s a diva in the new sense of the word, a performer who dominates the stage.”

Asher will sit in with a reunion of Process bandmate Bill Heffelfinger’s progressive rock band from the 1980s — MacArthur — fronted by Ben MacArthur.

“They put out two albums, in 1979 and in 1982 or ’83, that were very popular in Europe,” Asher said. “It’s still the original line-up playing, except for the drummer, and you’re going to hear some new material and some from the old days.”

The Process is at work in the recording studio as well. Working through the Internet with a team in London that includes legendary dub music producer Adrian Sherwood, Sugarhill’s Skip McDonald and Ghetto Priest, the group will soon debut a new single, “The Lion of Judah.”

“I’ve followed this collective, these people with the do-it-yourself ethic, since the 1980s. And I can tell you that their emphasis on going out with your own sound inspired me to move forward with my own music.”

And now, he says, he hopes to use it to give something back.

“If you don’t like going to bars, if you’re not into the smoke, here’s your chance to hear some great bands in a setting that won’t scare you,” he said. “We’re just hoping that it’s very successful and that we can make a small dent in the things happening over there in Haiti.” 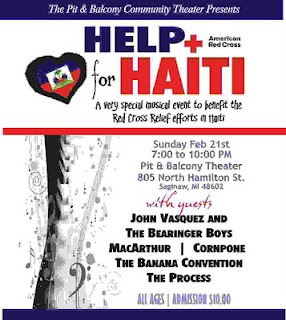