Review Of "Weapons" At Dubflash.com 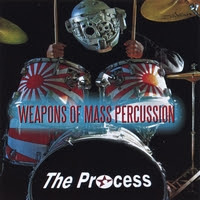 Check out this review of Weapons Of Mass Percussion at Dubflash.com
Artist:
The Process
Title:
Weapons Of Mass Percussion
Rating: Four and A Half Stars
Review date:
2007-12-09
Detailed review:
The Process is a rock / reggae band from Detroit in the United States of Babylon. The first thing you notice is that this album looks anything but reggae. On the cover a drummer with a scary machine helmet and on the backside of the cover a picture from the band. And guess who’s part of the band? Gene Simmons, the singer from Kiss. Or maybe not him personally but a big fan as he’s rouged (or maybe even “rogued” (insider joke!)).
Seeing that, I thought: what the heck could this be? Sceptically I put in the CD… and was blown away! Literally, of course. The album contains several crucial live played reggae riddims with a marvellous bass sound (not very deep but extremely groovy!) and this Kiss-imitator surely knows how to play some heavy e-guitars which don’t disturb at all. In fact, this might be the first time ever that I enjoy e-guitars. Usually, I’m not a fan of guitars. Maybe, because I failed in learning to play them and instead moved to the bass. ;-)
But anyway, there are 10 tracks on the album + 4 additional remixes. These, I think, could have been left out as well because they don’t add much to the album. But the 10 original tracks are what is important.
It starts right away without any introduction or “warning” with a rough tune called “Rasta Soldier” (radio edit?) with some rock-drums and smooth guitar melodies. The vocals didn’t go to much into my head. Following is the smashing “Osama Forgotten”, one hell of a crucial riddim which I am constantly listening to for many weeks in a row now. I just love the bassline, it drives me mad (in a positive way). A special thing in this song (and also in the following ones) is that there is an extensive use of samples, most dealing with the current American Way of Life after 11th September 2001 and the following events. Listen carefully and learn. You will also have quite some good laughs when you hear Lady George Doubleu Bush speaking. It’s really fun. No, actually, it’s sad.
So, better continue with the CD: “The Logic Probe”, a fast skanky (in the reggaeish sense of the word) tune with some female vocal contribution. Reminds me of 80s reggae played by former punk bands. The good ol’ times for some… “Metatron’s Cube” is next and it’s again deeply grooving with a tough bass, heavy dubbing & FX and killer skanks.
“Tetragammatron” starts again with a nice 80s synth part and then continues with yet another deep groove plus crazy effects. I really like this mix of 80s rock and reggae here. Usually, I would think this cannot be meant serious but well, even I am proven wrong from time to time (this is meant to be a joke, just for the ones who still don’t understand my way of writing; unfortunately you’re in the majority but well…).
“Subsonic Temple”: Upliftment in full effect. Sounds like a contribution from heaven (not the religious heaven but somewhere way above the surface of our more or less blue planet). Good mood music without having to use the cliché of sunshine reggae or similar. Not here, folks. Just serious stuff!
“Vortex 4”: wow. What shall I say ? It kicks off with a heavy metal style guitar intro which is just great. Who would have guessed that I would say such once? But here, it’s true. I feel like Beavis & Butthead when they saw a (for them) good song on TV and banged their heads like madmen. The rest of the song is as groovy as the others with more crazy effects and samples. Until at the end, the guitars come in again. Woah, me love dis!
“Evildoers Stamp’d Out In Dub”: Sh*t! Now they even add celestial blazing horns to their music. I can’t believe it. As Marge Simpson would say: “Now I heard it all.” Positive madness.
And then we have the title track in two parts: “Weapons Of Mass Percussion”. This tune is in a way special because the music itself is not real music. In fact, the instrumental is quite annoying me. But I think that this is wanted because this song has a message. And therefore, the main ingredient are the vocal samples from Bush, “specialists”, TV reporters and whoever. Together, a story is told. A story about how crazy Babylon is. My favourite quotation: “It’ll take time to restore chaos.” Guess who said it? The same one who is afraid of a mushroom-cloud.
OK, this shall be enough about this album. I have to skip back to “Vortex 4” now. It’s been too long since I heard it the last time. *listentoheavyeguitarsnowandhaveawickedsmileonmyface*
The band claims about themselves: “The Process® catalog of recordings crosses barriers and breaks down stereotypes that will keep even the most discriminating listener interested.” While this sounds totally exaggerating as it should be in a self-description, I must say that this time it’s actually true. Even I like the heavy guitar parts and there couldn’t be a more discriminating person against screaming e-guitars than me. ;-)
What shall I say? Well done, mates. And folks, get this album and let it infect you like it infected me. Nuff said.
The album receives 4 and a half stars because the bonus tracks are not so good and therefore, I take off half a star. Get this album if you’re interested in a “different” kind of reggae, too.
Check http://www.theprocessonline.com/
Posted by The Process at 7:57 AM No comments:

These pics are from Saturdays show at Whites Bar in Saginaw.
Thanks to Rocky and Karla for the pics! 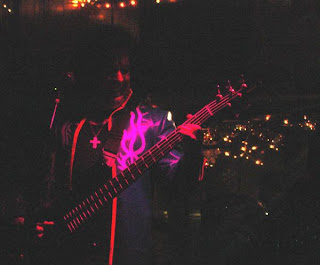 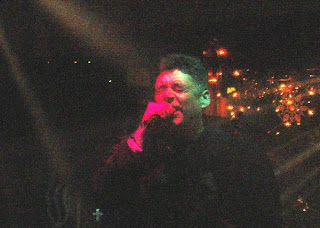 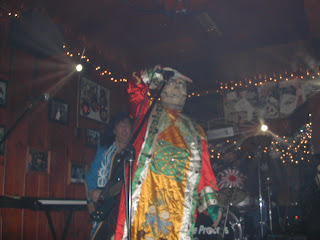 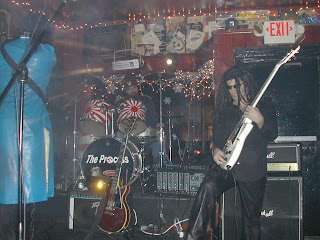 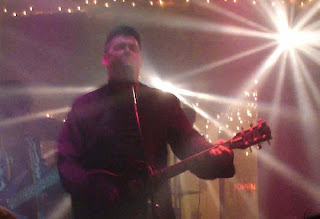 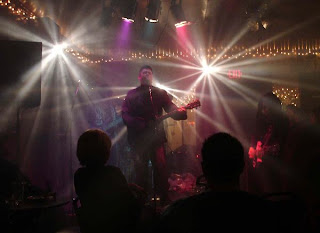 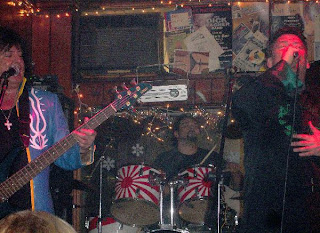 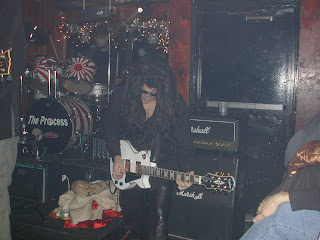 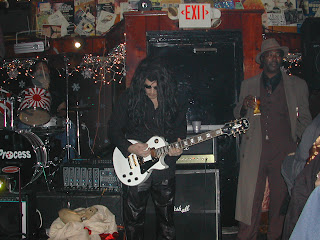 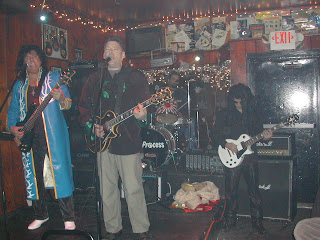 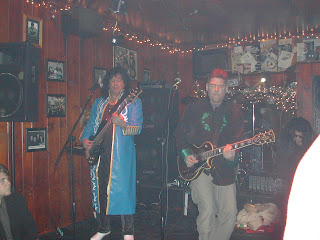 Posted by The Process at 6:46 PM No comments: