THE PROCESS music in a forthcoming film 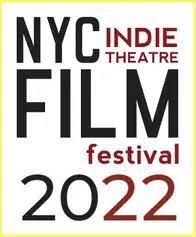 Announcement about THE PROCESS music in a forthcoming film: Dear Friends, Fam, and Rebel Commanders,  We are excited and honored to share that The Luxe Hotel, a new short documentary,  premieres in person Saturday Feb 12th as part of the New York Indie Theater Film Festival, which presents work from New York City independent theatre artists defying labels and branching out into digital media and film.  The film depicts the making of a  12-hour durational theater piece, also called The Luxe Hotel, which was staged in November at the Chashama Gala, only weeks before Omicron, which would have made the production impossible.
welcome you to enjoy the premiere in person on February 12  as part of “An Actor’s Life” series of shorts.
The completed short also has excellent music by The Process, William Hooker and Kato Hideki - artists all!
https://nycitff2022.eventive.org/schedule/61d8e49a547f6100bcc596b4
STREAMING: You can also tune in online *(and vote for luxe Hotel) from February 14th at 12:00 am EST, for 4 days.
Once you start watching, you'll have 48 hours to finish watching. Streaming also includes a pre-recorded Q & A.
https://watch.eventive.org/nycitff2022/play/61db417cec2a59003eb3eaa0
The Luxe Hotel play was written by the lauded photographer Barbara Nitke and writer/actor Michael Wiener, and it was adapted and directed by Matthew Kohn.  Kohn made the documentary featuring interviews by Hugo Perez, photographs and video by Bob Berger and Dan Efram, along with help from the entire cast and crew.
Starring: Barbara Nitke, Michael Wiener, Tony Torn, Roy Koshy, Laura Pruden, Sasha K. Gordon, Julia Cavagna, Amanda Jane Stern, Yokko, Charles Everett, Robert McKeon, Jose Scaro, Rolls Andre, Ben Becher, Vera Beren, Aurora Heimbach, Awesta Zarif and Vanessa Walters, Kendall Dupre, Cori Kresge, and Chris Michaelson
If you like what you see at the festival website, you can stream the entire festival for $50.
https://nycitff2022.eventive.org/films/61d8e21be5be6000a9b9ab7a
Broadway World
https://www.broadwayworld.com/off-off-broadway/article/2022-NYC-Indie-Theatre-Film-Festival-Announces-Lineup-20220121